How does a child's brain develop?

When we think of child intellectual development, we think of the process of the learning abilities of the child as he goes through early childhood education. All parents and teachers aspire their children to be intellectually developed - and if possible - quicker and faster than their peers.

Is child intellectual development really enhanced by the environment and education he is in? or is he born with a unique intelligence that is passed down from his parents' genes ? 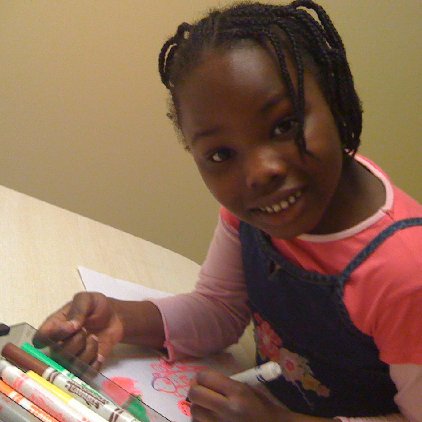 Why is your child brighter than mine when they go to the same preschool and have the same teachers? Why is my boy smarter than my girl when I've spent just as much time and effort on both? Does early childhood education and environment really help a child with a headstart or is he destined to be intelligent or not so bright?

Nature vs Nurture is an age-long contention - a battle with the different growth rate of the child intellectual development.

THE NATURE VS NURTURE DEBATE

Conclusion from the Nature vs Nurture Debate

It seems to be an endless debate to conclude the argument – whether a child intellectual development is the result of genetic or environmental factors. The best conclusion is not to debate but to agree with both views to a certain extent.

That is, we inherit certain potentials for developing intellectually from our parents (genotype), - born with it - but these potentials will not develop unless they are stimulated by factors in the environment (phenotype) like early childhood education. 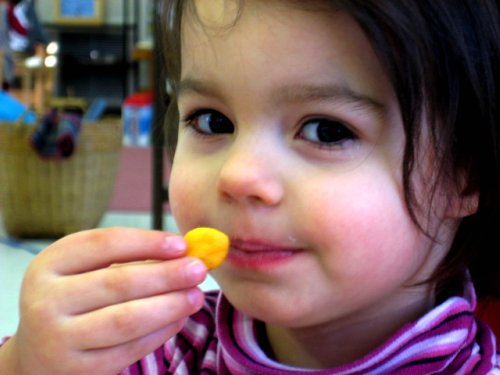 What exactly is Nurture ?

Nurturing a child is creating an environment that is suitable for him to develop to his full potential. The full potentiality of the child includes his physical, intellectual, emotional, social and even spiritual development.

“Give me a child before he is 7 and I will give you the man.” This was the proud words of the Jesuits. Today we may say, “Give me the child until he is 4 yrs old… and you will unearth the astonishing secret to maximising intelligence and shaping personality.”

Can we then create a perfect environment and prepare an ideal parenting or teaching formula so that every child would develop its full potential for intelligene, being co-operative and caring and all the other human qualities that many parents find desirable?

We know that the answer is “No”, because we have never seen a perfect child. Such may be the ideal, but bearing in mind that we all have different genotypes, and different things stimulate different people in different ways, therefore there is no standard magic formula to nrture perfect children, though studies have shown that understanding the complexities of the children’s brain provides guidelines to help in enhancing their development.

The cortex of a child’s brain is likened to a computer that needs software. It must be `programmed’ before it can operate effectively. The child `programmes’ his brain by means of sensory stimuli he sends to it along the nerve pathways from his eyes, ears, nose, mouth, and tactile and newborn child possesses a special psychic power – an intrinsic motivation towards his own self-construction.

Therefore, the more sensory stimuli with which he activates his brain, the greater will be the capacity of his brain to function intelligently.

Child Intellectual Development : Why is nurture so important?

Research about early learning emerging from the fields of neurology, physiology, psychology, biology and education, from specialists working from many divergent points of view, all shows the one main important factor and that is, the urgency and importance of nurture in preschool kids.

The following are the reasons:

1. We have greatly underestimated what young children can and should be learning.

2. A child has a built-in drive to explore, to investigate, to try, to seek excitement and novelty, to learn by using every one of his senses, to satisfy his boundless curiosity. And the drive is just as innate as hunger, thirst, the avoidance of pain, and other drives previously identified by psychologist as `primary’.

3. A child has an inborn drive for competency, an innate desire to do and to learn how to do. He manipulates, handles, tries, repeats, investigates, and seeks to master as much of his environment as he can, primarily for the pleasure of such activity.

4. Learning can be intrinsically enjoyable, and small children learn voluntarily when their efforts are not distorted by pressure, competition, rewards, punishments, or fear.

5. Children do not have a fixed intelligence, or a pre-determined rate of intellectual growth. It is possible, by changing our methods of child-rearing or teaching, to raise the level of intelligence of all children and to have happier, more enthusiastic youngsters as a result.

6. Changes in mental capacity are greatest during the period when the brain is growing most rapidly. And the brain grows at a decelerating rate from birth on. There is a time limit to when these brain cells can be activated easily. Early stimulation can actually produce changes in the size and chemical functioning of the brain. 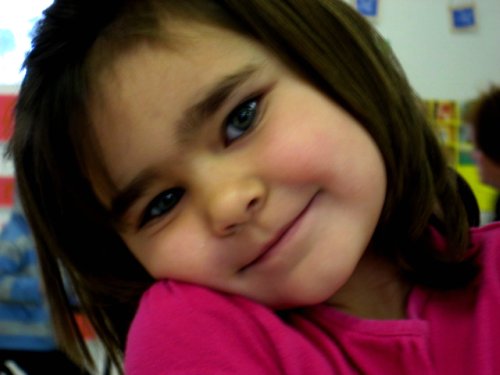 Child Intellectual Development: When should we nurture?

Children have already developed half of their total adult intellectual capacity by the time they are four years old and 80 percent of it by age eight, after which their mental abilities can only be altered by about 20 percent. Therefore, nurturing should be at its utmost intensity during the preschool years and to be followed through till the adolescent years.

Although humans have no instincts like animals but only drives, reflexes, urges, etc., there is a brief period during childhood when youngsters are vulnerable to some specific types of learning. Their concepts of right and wrong, which Freud called the superego, are formulated during this time. The opportunity of that period must be seized when it is available.

“Nature flings open these windows of opportunity for every child, but also slams each one shut at the passing of every year. If they are stimulated, the benefits could be infinite. If not, the damage will last a lifetime.” Ceri Jackson

Maria Montessori refers to this concept as the sensitive periods. They are like windows of opportunity when certain aspects of a child’s environment becomes impressionable. He reveals it by repeatedly performing some activities with zeal and pleasure. These sensitive periods are the stages of the child intellectual development when the physiological state of the growing brain makes certain kinds of learning most easy to acquire. And if the opportunity to learn is missed, it will be very difficult or he may never learn that particular thing as well again. Because of the brain’s special physiological characteristics, a child has the ability to acquire a second or third language more easily during the first years of his life. This tells us why an adult can never learn a foreign language or music as well as a child because adults intellectual development differs from the child intellectual development

The following are some of the sensitive periods as observed and listed by Maria Montessori:

“The human brain is by no means fully formed at birth. It continues to shape itself through life, with the most intense growth occurring during childhood. Children are born with many more neurons than their mature brain will retain; through a process known as “pruning” the brain actually loses the neuronal connections that are less used, and forms strong connections in those suynaptic circuits that have been utilized the most…Experience, particularly in childhood, sculpts the brain.” Daniel Goleman

So much research has been done in studying child intellectual development of preschoolers and yet today’s society still looks upon preschooling as “just filling in the time before they go to proper school”. So sad isn’t it ? Teachers of preschoolers are not held in high esteem and are not being strived for as a significant and respectable occupation. And how very sad that full time mothers who have devoted their entire time on nurturing their children, are only looked upon as `housewives’.

Therefore, in the final conclusion, knowing and believing in the importance of nurture should set parents off to provide a good headstart for children long before they enter elementary school. The same importance should be emphasized to preschool teachers, ensuring and affirming their vital role in shaping the young ones to be the leaders of the future.


Go to top of this page - Child Intellectual Devlopment